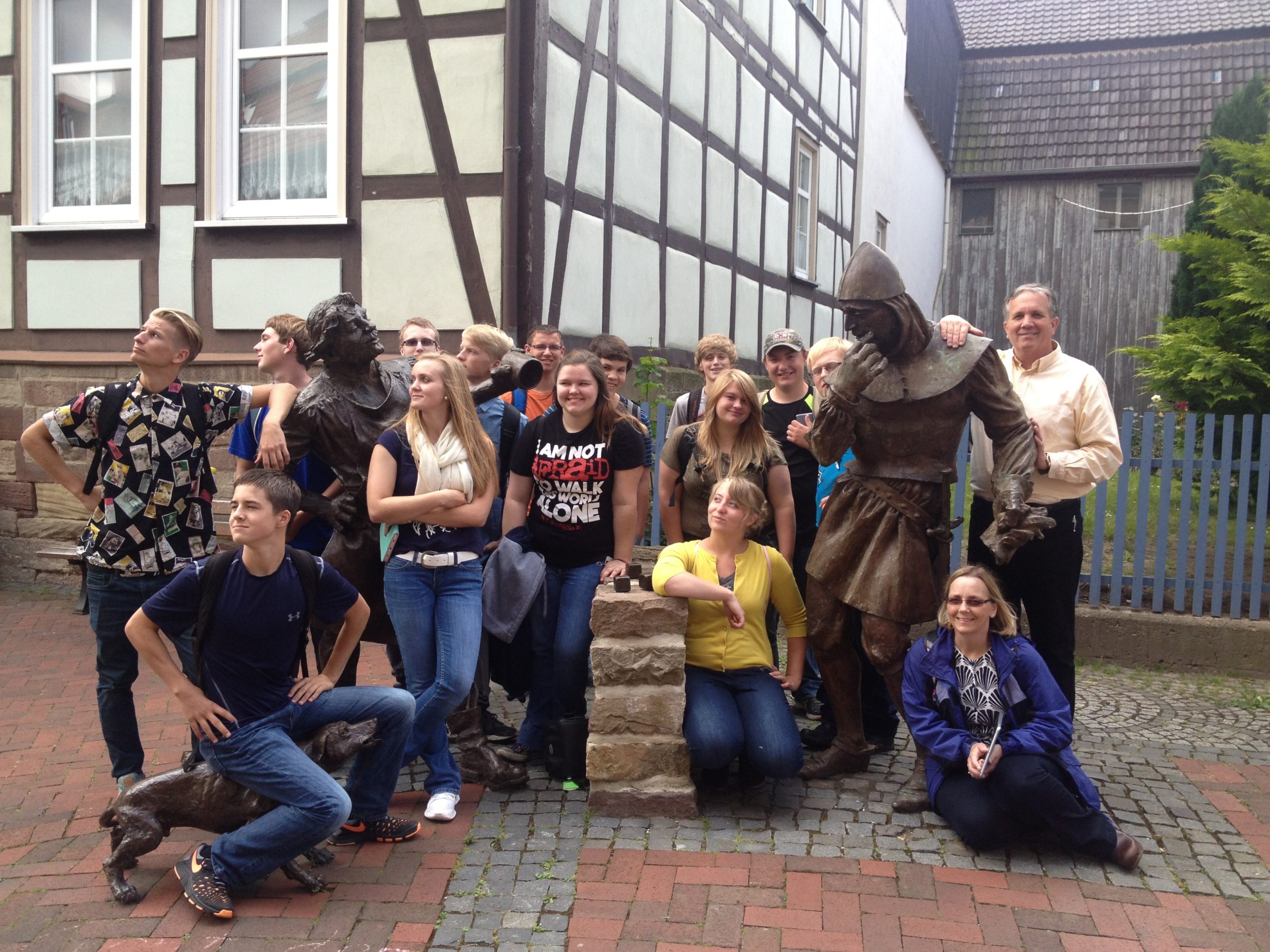 The thrill of travel and gaining new insights into global education was provided to me through an invitation this spring to participate in a teacher fellowship with the Korea Society of New York. I jumped at the opportunity to explore a region of the globe that would be totally new and foreign to me. I have to admit, I have been somewhat Euro-centric over the years and I thought this would be the perfect opportunity to expand my horizons but as a TOP scholar, I am always looking for relationships between countries I visit and Germany. I was looking forward to experiencing new cuisine, listening to and learning phrases in a nonIndo-European language and navigating my way around in a culture that did not use the Latin alphabet. Let me tell you, as a traveler, cognates are a huge advantage! So, I was set for an all new cultural experience and I was not disappointed. Korea is fascinating! I started my research on Korea before my trip and even though I am not an expert on Asia, I found the history to be enlightening.

I am very interested in contemporary culture and what is going on in a country. So, for my research, I looked at movies, music, current events and books. To my surprise, the hit movie in Seoul during the winter and spring movie season of 2013 was a Korean movie named, The Berlin File! The movie takes place in Berlin and was shot primarily in the Korean language with German and English scenes as well. Needless to say, I was intrigued. Why would a Korean movie be shot in Berlin? As I watched the movie trailer on YOUTUBE, it hit me. Korea is the remaining divided country of a bygone political era! This remaining story from the Cold War is playing out cinematically on what was the major stage of the Cold War for over four decades: the Berlin stage! Of course the film is fiction, but the real Korean situation continues to play itself out in the international media.

According to Hancinema, a website devoted to Korean cinema, here is the basic plot: A South Korean intelligence agent comes across an unidentifiable operative, a ‘ghost,’ while monitoring a North Korean weapons deal in Berlin. The South Korean goes after the North Korean to unveil his identity and gets himself embroiled in a vast international conspiracy. In the meantime, another North Korean operative is dispatched to Berlin with a secret agenda to take control of the North Korean embassy. I am sure you can see where this is going and why I found it fascinating…

This movie about a split Korea, with spies, intrigue and clashing foreign embassies reminded me of two great Cold War stories by John LeCarre. Namely, The Spy Who Came in from the Cold and A Small Town in Germany. Both are good reads about Germany in the 1960’s. Korea and Germany are countries that were divided because of post-World War II super power political ideologies. As a result of these divisions, borders were set and decisions were reached that would alter the lives of millions. These borders and decisions were based in large part on where the American, Soviet, and other Allied armies were located at the end of the conflicts in Europe and Japan. For most of us in our German studies, this is a situation that has mostly slipped into history. Germany is a united country and many Koreans are looking at Germany as a possible model for a united Korea. Even though the repercussions of Cold War events are felt even today in modern Germany, when we talk of a divided Germany, we are talking about a bygone era. There are still issues that remain from that period, but we no longer talk of the nation states of East Germany and West Germany. We simply talk about Germany.

In Germany, there are still Cold War reminders, but they are hopefully just memories. Is a trip to the present day DMZ (the Korean demilitarized zone at the 38th parallel) similar to a 1980’s visit to the Berlin Wall? Both were the literal embodiment of an ideological division. The Berlin Wall was a potential military and political flashpoint. The DMZ is a currently a political flashpoint and a potential military flashpoint. Both were the focal points of discussion in foreign relations and relations within the country itself. Koreans view their country as one country being pulled apart by outside interests. Germany was in a similar position up through the fall of the Wall. With all the similarities and hopes for a united Korea, it seems the major difference between the split of Germany and the split of Korea is that the Germans did not engage in a brutal civil war. The effects of the Korean War are still felt in Korea and both North Korea and South Korea are taught in their history classrooms that the other side initiated the brutal conflict. As Social Science educators, the questions of what is taught in the classroom and how it is taught are of great importance in understanding the history of a country.

As I return from such trips, I ponder how to best share with my students the lessons that I learned. How can I share with them the feelings and ideas that come only from travel and experiencing a different culture? How do teachers convey the idea that being different is not necessarily better or worse, it is just different? Maybe simply posing the question helps. I think it does. I plan on using the most recent German election as a model for comparative government and how a multi-party system works. I am not sure about most of you, but I find the story of Die Piraten Partei (The Pirate Party) very intriguing. Could a group of young computer hackers (oops, experts) really be a major force in German politics? Other lessons will probe the intricacies of a parliamentary election and how coalitions are formed to select the German Chancellor. I will lead discussions about a split Korea and how Korean relations are still influenced through different ideas, historical views and super powers. A Germany/Korea divided country comparison will be a great way for students to relate today’s events with those events and stories that have transpired on multiple continents for over six decades.

Stories seem to draw in my students. Stories embody the culture and ideas of the country they are from, but they also transcend the culture and hopefully bring us closer together in sharing ideas and emotion. As TOP educators, we have the opportunity to bring global experience into the classroom. We can draw on our trips to give students a glimpse into other cultures and ideas. I challenge all of us to continue to seek out opportunities to learn and become educators that understand the concept of a global community and share these ideas with our students.