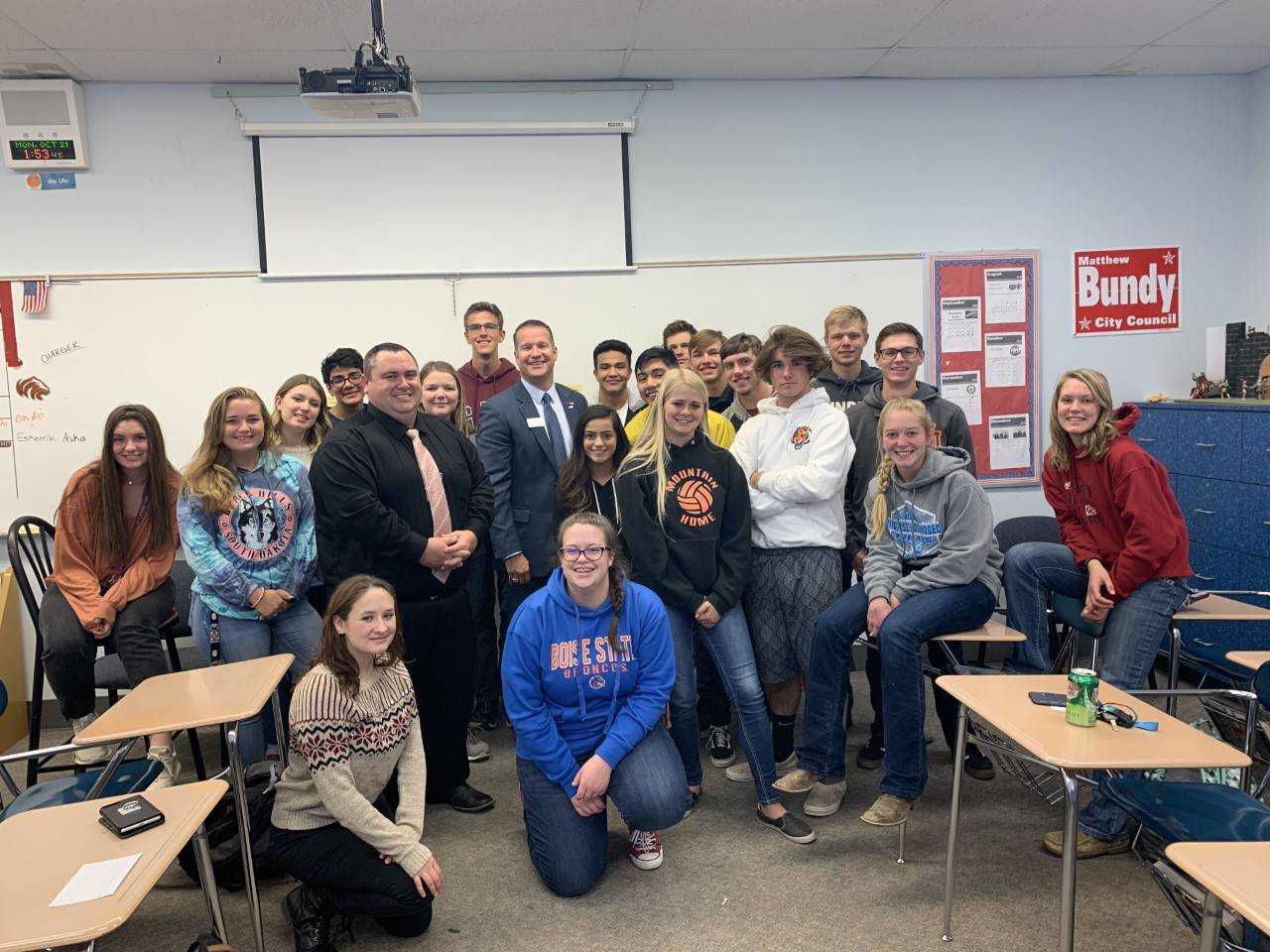 During the Mountain Home Chamber of Commerce’s Political Forum, Government Teacher/City Councilman Matt Bundy had a question specifically for the candidates running for mayor.

On Oct. 21, Mr Bundy’s Government classes held the forum. The newspaper staff was only able to attend one class period due to it being held on a paper production day. During the class period we attended Tim Standish was unable to be there, due to being called away for work. Mayor Rich Sykes and Councilman Jimmy Schipani were there to answer the students questions and were not given an easy time, by their inquiring young minds.

During elections Bundy likes to try and give his students a chance to engage with the candidates and learn more about the process of becoming informed voters. He does this by allowing the students to ask questions of the would be officials via a student political forum. All three candidates accepted the invitation and the Mountain Home News scored an invitation as well.