Four American Presidents and the Berlin Wall: Graffiti in an Idaho Classroom 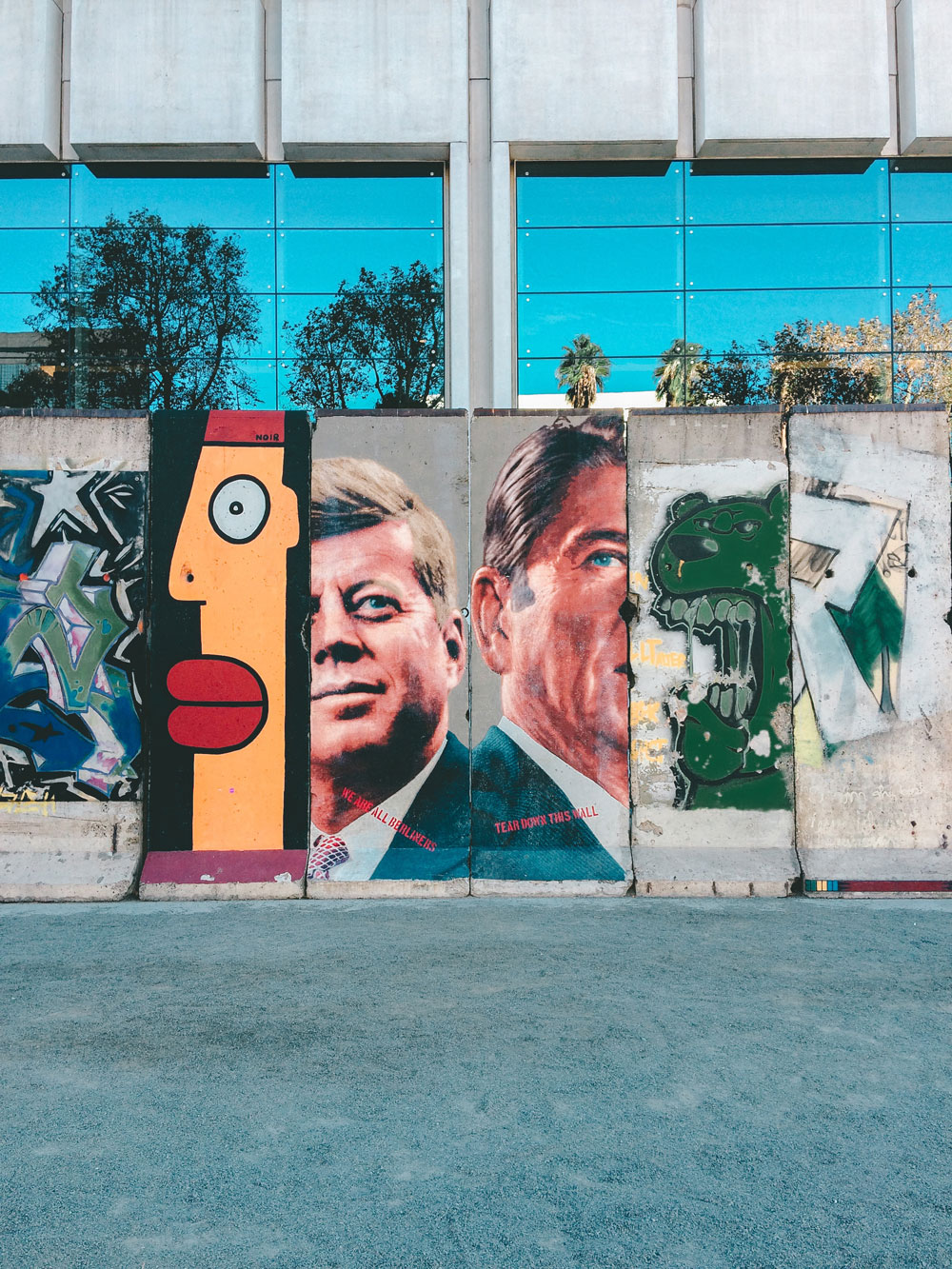 One of the goals of the Transatlantic Program (TOP) is to encourage us to use curriculum in our classrooms that enhances our students understanding of Germany, and as educators we are encouraged to take content and make it into our own; something our specifics students will be receptive to. To make TOP relevant for my classroom, I frequently use lessons from Germany in Focus: Instructional Strategies for Secondary Educators and recreate them to fit the specific needs of my classroom. For example, I’ve added a twist to Four American Presidents and the Berlin Wall and my students and I had an experience in Room 17 that made the ideas of freedom, barriers, and the wall seem a bit more real.

I split the lesson between two 50-minute periods and used it in all six of my Government sections. I wanted all 170 of my students to be a part of the process. Our state has a requirement for Comparative Government Understanding and also a requirement dealing with famous speeches of U.S presidents. TOP lessons fold in very well with State and Common Core requirements. On the first day, we had a discussion on the creation of the Berlin Wall and we viewed YouTube clips of the speeches by Kennedy, Reagan, Clinton and Obama. In addition, we looked at Internet images of the wall and tried to gain a feel for what the Berlin Wall looked like and what it represented. We then created four groups to study the different speeches and become experts on the selected portions of the speech. Each group would also select one of their members to be the president and give a portion of the speech the next day in front of the class at our own Berlin Wall. This is when we all became part of a very interesting process. Like many classrooms, I have a full wall of whiteboard, which would become the backdrop for the student versions of the speeches. I found as many whiteboard markers as I could and told the students they could use their imaginations and we would create our own version of the Berlin Wall. I was encouraging graffiti and hoping they would catch the spirit of the wall.

The first hour was confronted with a big blank space, similar to the big cinder blocks or the Stacheldraht (barbed wire) of 1961. What would they do? Would they be creative? Would they use current ideas or would they use historical topics? Would they even want to draw on their own wall? I watched as the first class kind of paced around and was unsure what to do. After first hour, there were a couple of signatures and a few pictures, but I was worried they did not see my vision. The second period students arrived and immediately asked questions about what was going on as soon as they saw the few items on the board, and after learning it was now their turn, they were a little more enthused about the idea. A student began by writing, СTOΠ (Cyrillic) which is Russian for stop. Another wrote, Freiheit, which is German for freedom and at this point I’m thinking, ‘ah, they’re starting to get it’. More students began to write on the board.

As the next classes come in they see the others references to Europe and the Cold War. At lunch, I had students coming in to see the wall because the morning students were talking about it in some of their other classes. They asked if they too could write on the board. Students that were in first period came back and wanted to write more. They heard their friends talking about it and wanted to have another chance to take part and put their ideas on the wall.

I sat back and watched the board take on a life of its own. Different ideas, pictures, and art began to show up on the wall. I wondered how it must have been in Berlin. Who decided to be the first to draw and write on the wall? How did they get their ideas? And what were the messages they wanted to convey? Was this wall in Idaho helping us to better understand a far off place in a different time? Did the initial artists show courage in expressing their ideas on a wall that symbolized the difference between democracy and dictatorship? Would my students make the correlation between the Berlin Wall and what I was trying to get them to grasp here?

As the afternoon went on, the board in my classroom filled up with phrases, pictures, hashtags (the 21st Century did eventually creep in!) and people wanting to see how our wall changed over the course of the day. The more students wrote on our wall, the bolder people became. As a teacher of teenagers I did keep a wary eye on the board and even though I am not a fan of state sponsored thought control, I had to edit the work once or twice as my wall visitors got a little carried away in their desire to be clever. I guess even in Berlin, the West Berlin authorities scrubbed on occasion. Like most teachers, I have two large whiteboards. In the end, one whiteboard represented the West Berlin side of the wall and the other the East Berlin side of the wall.

The board representing West Berlin filled up and was very engaging. The whiteboard representing the East Berlin side of the wall remained blank the entire day. When anyone thought they would be clever and write on that board, I would erase it almost as fast as they could write on it. Interestingly enough, when students asked about the blank wall, I simply said “That is East Berlin and you are not allowed to write on that wall.” With very few exceptions, they accepted that and went to West Berlin to express their opinions. You can see where I took that conversation the next day as we discussed the wall and the value of understanding what it represented.

The next day with the wall all completed, we had our four presidents give their speeches at the West Berlin side. This was also a great time to share my favorite Cold War Berlin riddle. Question: Why don’t compasses work in West Berlin? Answer: They always point to the East. So there you have it- my detailed and specific use of the TOP materials in the classroom. Now is your chance: be creative and enhance the lessons in ways that you think will benefit your students- the outcomes may be surprising.